ISIS: THE SEAT OF LEGITIMACY

In Ancient Egypt, as well as in all countries nowadays, the seat/throne/chair symbolizes legitimacy/authority. The principle city of a county is called “the seat of the county”. The title of the chief of chiefs is called “Chairman of the Board”. This is one of the countless influences of Ancient Egypt on the world, past and present.

In Egypt, however, the significance of Isis as the seat/authority/legitimacy was the basis for Egypt’s adoption of the matrilineal/matriarchal principle in their society.

Throughout Egyptian history, it was the queen who transmitted the solar blood. The queen was the true sovereign, landowner, keeper of the royalty, and guardian of the purity of the lineage. The man who married the eldest Egyptian princess claimed a right to the throne. Through marriage, she transmitted the crown to her husband-he only acted as her executive agent. This social/political law was incorporated into the Egyptian Model Story, whereby Osiris became the first Pharaoh of Egypt, as a result of his marrying Isis. The Pharaohs, as well as the leaders of smaller localities, adhered to this system. If the Pharaoh/leader had no daughters, a dynasty ended and a new dynasty began, with a new revered woman as a new seed for a new dynasty. The matrilineal practices also applied to the whole society, as evident from the funerary stelae of all kinds of people, where it is the usual custom to trace the descent of the deceased on the mother’s side, and not on that of the father. The person’s mother is specified, but not the father, or he is only mentioned incidentally. This tradition is still enduring secretly among the Baladi Egyptians. 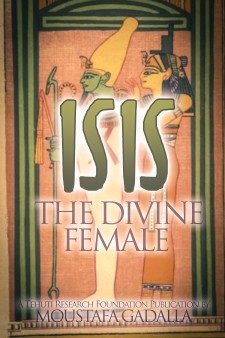